This intricate garden encompasses five acres made up of plants in a classic formal design with a Colorado twist. It offers a beautiful garden setting for visitors and is composed with drought tolerance in mind.

Cheesman Park is an urban park and neighborhood located in the City and County of Denver, Colorado, United States.

City Park is an urban park and neighborhood in Denver, Colorado. The park is 330 acres and is located in east-central Denver. The park contains the Denver Zoo, the Denver Museum of Nature and Science, Ferril and Duck Lakes, and a boathouse.

Civic Center is a neighborhood and park in Denver, Colorado. The area is known as the center of the civic life in the city, with numerous institutions of arts, government, and culture as well as numerous festivals, parades, and protests throughout the year.

Flanked by the South Platte River, the park’s west edge emphasizes the river’s natural character with native grasses and wetlands. In contrast, on the east side, the park’s features are more urban and make a connection to downtown Denver. The tree-lined promenade along Little Raven Street offers numerous seating areas and entries into the park.

Confluence Park is an urban park encompassing the confluence of Cherry Creek and the South Platte River in Denver’s Lower Downtown, a bustling district of 19th-century brick warehouses and storefronts that has been redeveloped since the late 1980s.

The Denver Botanic Gardens is a public botanical garden located in the Cheesman Park neighborhood of Denver, Colorado.

155 acre of pleasant grounds including two lakes. Two flower gardens, one of which is a replica of George Washington’s gardens at Mount Vernon. Interesting shopping and dining nearby on Old South Gaylord Street. 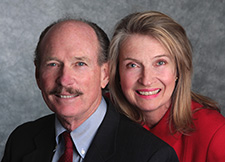